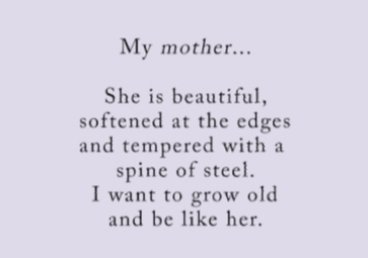 There were times when I was the person who used to remember every dear one’s noteworthy days and was the first one to wish them. I used to make plans days before. But time flies, under the crushing responsibilities and hectic, tiring schedules….gradually the pace of remembering such dates of celebration became slow. From days of endless parties, gifts and celebrations, these dates became mere formalities.
But today, when I read my daughter’s letter for me on my day, I became nostalgic, memories flashed, I the vivacious, jolly girl, who used to wish everyone on their special days……ironically, today forgot my own special day, my birthday.

Today, waking up as usual at 6 in the morning……straight away I went to my favourite place, my patio, surrounded by my beautiful garden which is filled with beautiful flowers, lush greenery and my bougnvillas….aah my favourite! My source of energy and positivity for the whole day!….Had been waiting for my cup of coffee and was flipping through my mails and suddenly there was a text from my daughter. I was a bit scared, her text and that too at 6 in the morning, for her it’s no less than midnight because she’s hardly an early-riser. I quickly opened the text and wow…never had expected such a wonderful surprise right at the start of the day.It was my daughter who made me remember what day was today….to my astoundment, my daughter has stepped into my shoes. It’s a feeling of immense pleasure and gratification…..😌😌I think this is called legacy. When you see and experience your child doing the same thing as you did twenty or twenty-five years back!!😋😄😄😄 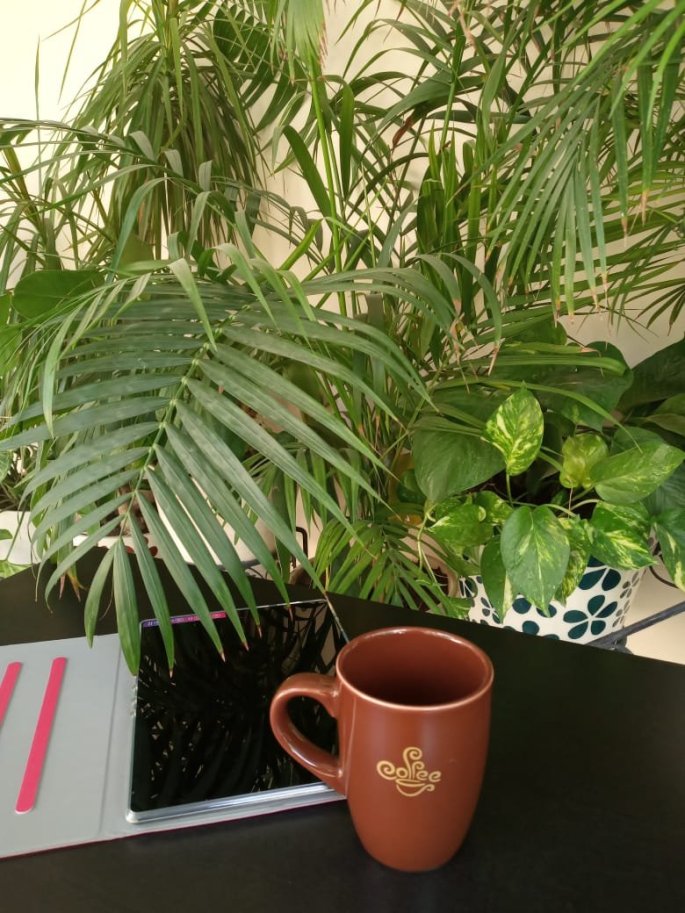 With ample ecstasy and pride, I would love to share my angel’s splash of feelings and emotions towards me enclosed within her letter. 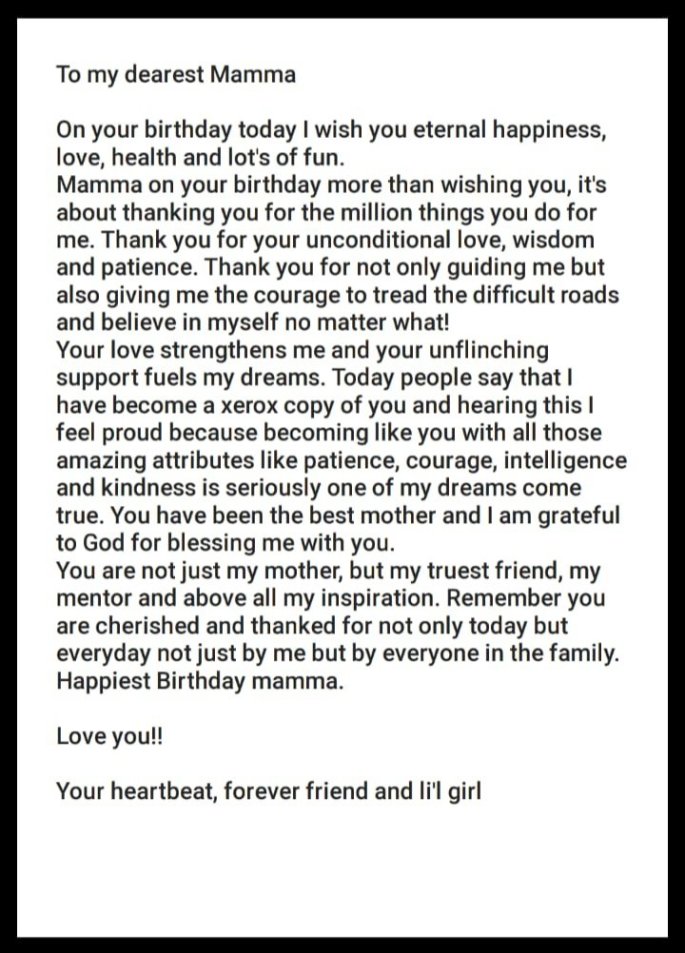 It was in the wee hours , when I came across her text. Seriously saying, I was melted within, that was called a true mother feeling, which I seldom experience. She’s my pillar of strength. I just wanted to be a good mother like my own mother but I don’t know what she picked from me…..as I look on her letter, I feel the influence I have on her. This makes me proud a lot but scares me a bit too, that I am walking on the edge of a sword, that I can’t do anything wrong and am being closely watched. My actions, reactions, everything are making a person’s personality….”phew! What a feeling”😯…..She’s a blessing!!!😇
Jokes apart I wish every mother gets a daughter and a friend like her.

It is a really sentimental post dear friends, was too difficult to write down.
Take care until we meet next⚘

2 thoughts on “Letter from my daughter.”